Although most people might be inclined to think that car insurance rates and policies are more-or-less identical across gender lines, this isn’t actually the case at all.  In fact, most people who are researching insurance policies are often surprised to find that rates for women are generally lower than men.  This is especially true for the younger age groups, where car insurance companies tend to see younger women as being better drivers than their male counterparts.  How did they arrive at this conclusion, you ask?  In general, women tend to file far fewer accident claims than men, and at the same time, when they do the claims themselves tend to be for smaller amounts.  So in this way, insurance companies are simply realizing that it is slightly more of a gamble to insure men for lower rates, hence women get the break because of their prudence behind the wheel.

However, this doesn’t mean that rates are going to automatically be low for most female drivers.  In fact, depending on several factors like age, previous driving record, etc…a woman’s car insurance costs will either rise or drop significantly.

As you might expect, insurance for younger drivers is going to be slightly more expensive, regardless of gender.  Young women (16-24) tend to have to deal with higher rates, although not nearly as high as those paid by younger men.  Once a female driver reaches the age of 25 however, you’ll often see insurance rates drop considerably, especially if she’s not had any major accidents, traffic tickets or claims.  Statistically speaking, women in this particular age group tend to be the best policy holders from an insurance companies point-of-view and are among the safest drivers on the road.  This trend will continue onward until the woman reaches around age 65 or 70, whereupon rates are likely to increase.  But this is the case for either sex; in general, older drivers tend to be involved in a higher occurrence of incidents and are therefore seen as a possible threat.

Regardless of a woman’s age however, it should be noted that the single greatest way to ensure that rates remain low is to avoid accidents and traffic violations by practicing safe driving techniques.   Similarly, the type of car you purchase will also significantly contribute to your insurance rate(s).  This is why you should always get quotes from your potential insurance companies of choice with regards to certain models before you actually purchase a new car.   In general women who are after a lower car insurance rate should avoid automobiles which: 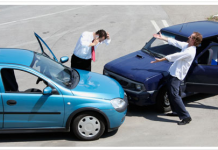 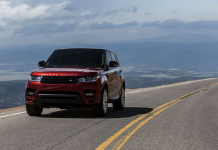 The Car You Drive Has A Huge Impact On Your Insurance Quote. Here’s Why

The Car You Drive Has A Huge Impact On Your Insurance Quote. Here’s Why

Are you one of the many young drivers out there looking for relevant information...

Great Advice For Getting A Good Deal On Plant Insurance